Lynchburg, VA - Sophomore Katelyn Tuohy (North Rockland) showcased her true potential this weekend, at the aptly named VA Showcase.  While, yes, she had run well in both the 3000m and the Mile prior, it was this race that truly showed the potential distance runner she could be.  Tuohy shattered the 5000m Indoor and Outdoor National Record for the track, running 15:37.12, virtually alone.  But it was the way in which she did it that should impress you more. 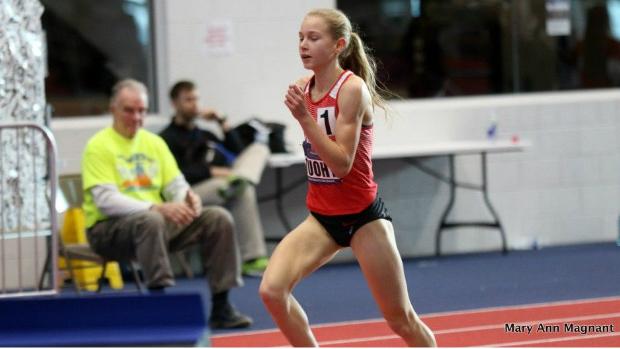 The Proof Is In The Splits

Not only was this the fastest 5K of All-Time, it was potentially one of the fastest races all time.  It is one thing to break a record.  It's another completely to break records en-route at shorter distances, especially when those shorter distances are way more commonly run.  What are we talking about?

Tuohy's FAT Split at 3200m was 9:54.28.  That's a new Sophomore National Record, and US #2 All-Time for that distance Indoors, surpassed only by Mary Cain.  And that's against athletes who were ONLY running a two-mile, who were kicking for the line.  That mark would also place her US #5 All-Time Outdoors, again against people who were specifically running that distance.

Her en-route 1600m was 4:54.20, which would currently be US #3.  She split 4:45 during her 3k two weeks ago, which would rank high on the All-Time lists by itself.  Again, fast overall time, but even more impressive are the marks within.  Check out her full splits below. 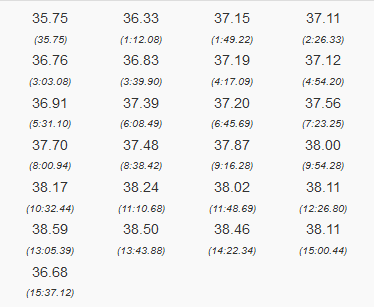 The Proof Is In Her Company

In case you were wondering, Tuohy's 5K mark puts her currently #4 In The World.  That's against both Collegians and Professionals.  Professional from every country in the World.  Tuohy is running at a World Class Level, and not simply knocking on the door.  As for her High School compatriots, Tuohy just erased a long line record-breaking 5k runners.

This was the 6th year in a row that the 5K Record has went down.  Starting with Wesley Frazier in 2013, it has went to Tessa Barrett in 2014, Anna Rohrer in 2015, Weini Kelati in 2016, and then Brie Oakley in 2015.  Unless Katelyn Tuohy decides to run the event again next year (Or the year after that), we think Tuohy has stopped the record progression in it's tracks.  Not only have those girls gone on to have impressive NCAA careers, but all of them were High School Seniors when they ran their records.  Tuohy is only a sophomore. 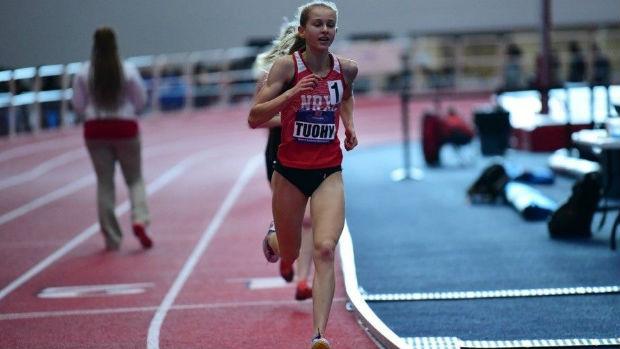 The Proof Is In Her Potential

It was originally believed to be a 5K World Record for 15-year-olds.  Age Group Record-keeping is shaky at best at the International Level, and is left to Individuals to try and deduce them online.  We originally had listed the record as 15:59.11 as run by Japan's Tuko Nohara in 2003.  Since then, we've discovered another list that has the record as 15:08.42, as run by China's Ling Ling Guo in 2001.  That would mean Tuohy did not break the record.

However, both of those marks come from meets outdoors.  There are no listings anywhere of the Indoor Age Record Marks.  So potentially, Tuohy  has set that.  However, without independent confirmation, it's hard to say.  But it does say a lot about her potential future and progression as a runner.  The next record (for 16-year-olds) is held by none other than Meseret Defar of Ethiopia, who twice broke the Overall 5000m World Record in her career.  Not bad company to be in for Tuohy.