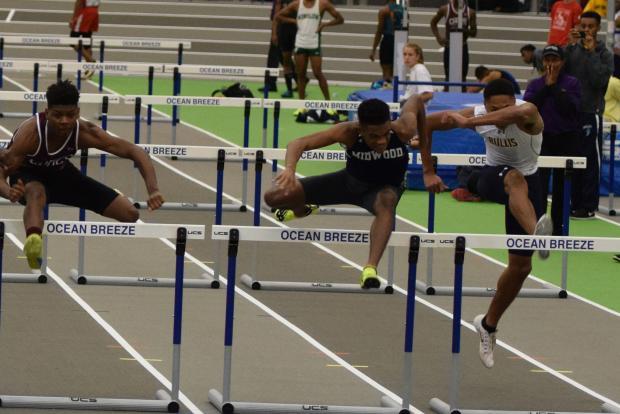 Breakdown: Like his female PSAL counterpart Myers in the short hurdles, Tai Brown (Midwood) is also the No. 7 top returner in the event for the U.S. He has a 7.43 personal best to his name, but his converted 60m mark from nationals shows him capable of 7.32. That's the mark he would need to hit now to become the new national leader. Ironically, Brown is tied as the No. 7 returner in the nation, and the athlete he's tied with, Tim Payne (Heritage, VA) will be lined up next to him. Both ran 7.43 last year, and will be toeing the line together. Between them, Miles Green of PA comes in with a 7.68, and could steal an early season win. 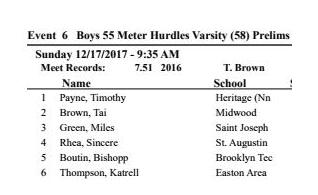