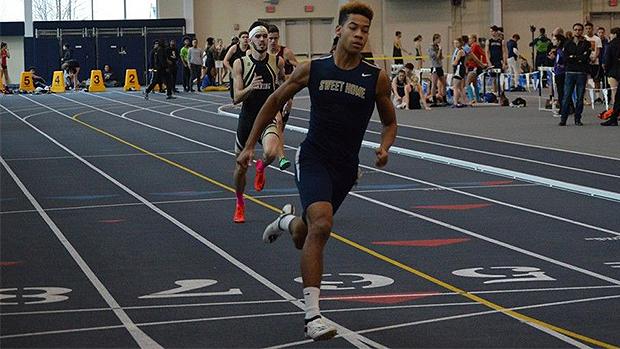 Breakdown: This is probably the most loaded event of either meets. You have a full final of guys who have all dipped under 35 seconds in the event. Of them, only Nate Davis (Sweet Home) has done it this year, and he did it on a flat-track last week. In Ithaca, he ran 34.71 to win the event. But with competition like this, he'll need to improve. The home team's D'Andre Barriffe comes in with a best of 34.36, the top seed. Miles Green (Saint Joseph's Prep, PA) has only run the event three times, but still carries a personal best of 34.85. Green's best event is the 400H, where he's gone under 53 seconds numerous times.

Expect the U.S. leader in this event to go down. 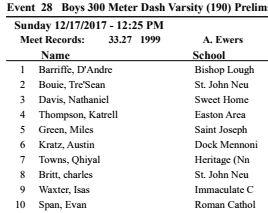