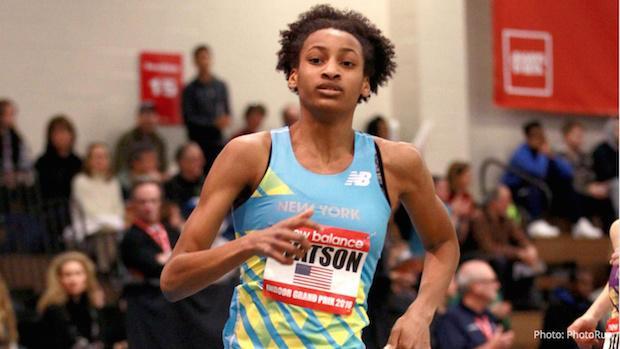 You'll probably be hearing this a lot this season.  Sammy Watson, now a freshman at Texas A&M, took home the win in her first ever Collegiate Race.  Over the 1000m distance, Watson ran 2:42.12 to gap the field.  In second place is NY Alum Jazmine Fray, who set the Indoor World on fire last year with her Collegiate Record in the Indoor 800m.  The pair now become one of the best 1-2 punches in the event in NCAA History.

The mark was both a meet and facility record, previously held by Fray.  Although Watson has gone faster, setting the HS record (sans Mary Cain's mark) at 2:40.72 at the USA Indoor Championships last March, the mark is still encouraging.  Watson opened up at 2:49.15 at this distance last year, and has shown she is coming from a much superior starting fitness. 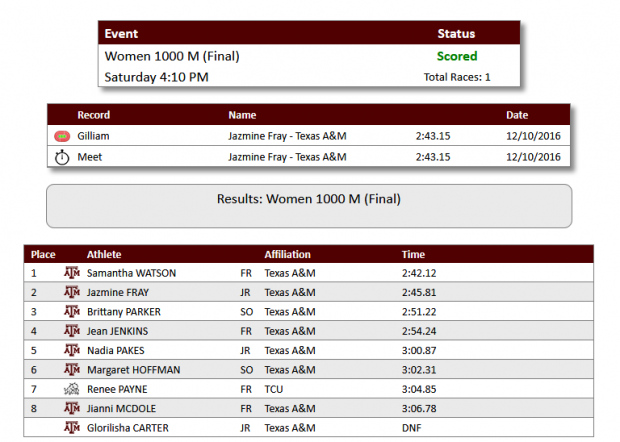