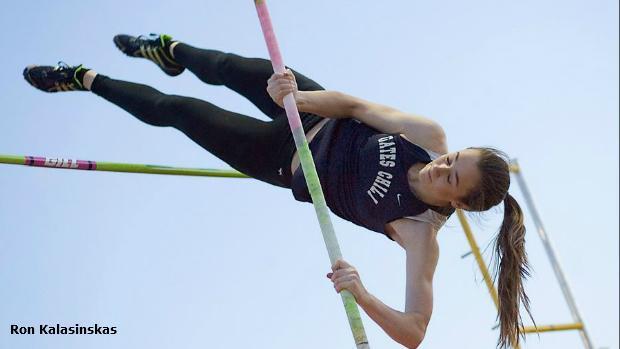 In a post first brought up on Facebook, Erica Ellis' parents confirmed their daughter would not compete for the Gates Chili High team this indoor season. Nationally, she is the second best returner in the event this winter. The story was first reported by the Democrat & Chronicle: "Gates Chili junior Erica Ellis, owner of multiple Section V girls pole vault records, has no plans of competing during this high school indoor track season, her father confirmed Saturday."

Ellis is the reigning indoor state champion in New York, and is on her way to becoming one of the state's most prolific vaulters ever. She currently holds every class state record, indoor and outdoor, from the 8th grade through her sophomore year.

Over the past three years, Ellis has trained with Rick and Jen Suhr, in addition to Chili's Bob Bartula. Jen is the indoor world record holder in the pole vault, while Rick is a renowned coach. In fact, the top four athletes in New York state history, all over 13-0, come from Suhr's training group.

However, this affiliation seems to be the bulk of the issue.

Brodey Hasty recently made headlines this fall for forgoing his HS scholastic season to train with his club coach. The current coach at Brentwood High School in Tennessee forbade Hasty to work with an outside coach. Hasty opted to leave his high school affiliation and compete unattached.

Ellis' situation may be similar. However, pole vault is a vastly technical event, with adequate facilities rarely found at the high school level. While Hasty could in theory run anywhere, you cannot simply vault at an elite level in your average high school gym, without proper equipment and supervision.

Many programs around New York state outsource their pole vault coaching and training to regional "hubs" of knowledgeable club staff. The Flying Circus, out of Warwick New York, may be one of the most notable, as well as Vertical Assault out of Northern Pennsylvania.

The biggest reason teams outsource the pole vault is due to the inherent dangers of the event and the necessary costs of specialized coaching. Pole vault is typically required to have a dedicated coach for the event, as it is far-and-wide the most dangerous high school sporting activity an athlete can contest.

The D&C reported that Barbara Ellis, Erica's mother, made a mention of, "lawyers and 'refusing to stay silent' and not letting the 'rights of of our child be denied.'"

There are plenty of opportunities for Ellis to compete unattached, including meets at "The Barn" in Warwick, the Millrose Games, and the New Balance Indoor Nationals.