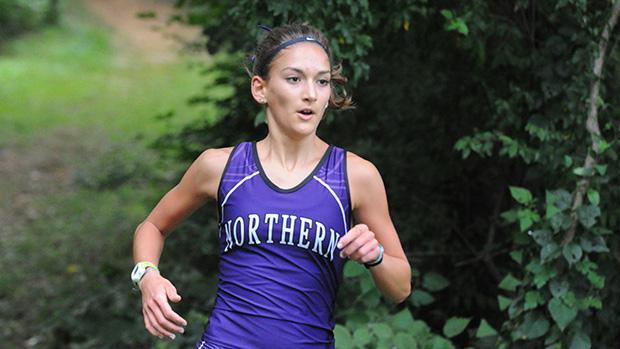 There is plenty of star power here on the girls side of things.  Your top seed is Jackie Gaughan, the meet second best returner from last years race.  But there are some questions.  After torching the race at her State Meet, she had an "off day" at the New England Champs.  If she returns to form, she should be considered a favorite.

The meets top returner is last years winner, Alyssa Aldridge.  It's been a long road to recovery for the senior star, after an early season injury put her title hopes in doubt.  She took second at MOC's last week, and has enough fitness to make it through here, but might not have enough to repeat for the title.  Marlee Starliper is the new face on the block, after a breakout season of course records in PA.  She's been the most consistent of the top girls, and could walk away with the Northeast title.

Making the switch from NXN-NY the past few years is Katherine Lee.  Last year, she came out of nowhere to win the NXR Regional, in an All-Time Mark.  Could she do the same here at VCP?  Grace Connolly and Page Lester were 4th and 5th last year, respectfully, and both are back.  Just missing the cutoff last year at 12th, Eleanor Lawler is looking to make the team in 2017.

This one should be fast, but the course record of 16:46 might be out of reach.