It was the first time Kelsey Chmiel (Saratoga) and Katherine Lee (Shoreham-Wading River) faced off head-to-head since the end of last year, where they both traded wins at Nationals and Regionals.  Chmiel has been blasting away at local dual meets, and in her Invitational debut, she held nothing back.  Powering away from the field by 1k, she had picked up a significant lead.  Lee was just as strong over the rest of the field, but could not hang on to Chmiel. 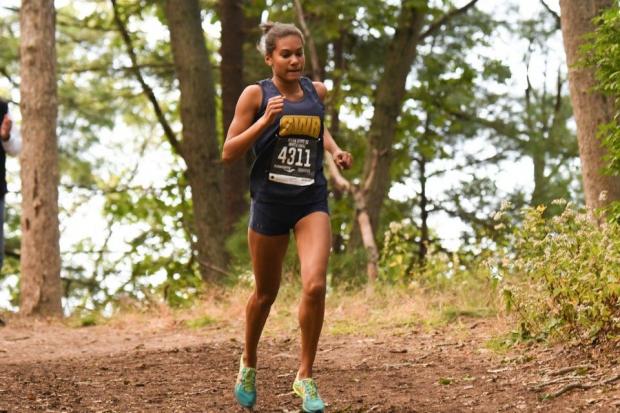 Chmiel kept on powering through the course, and crossed the line in 17:34.70, bettering the previous course record set by Abbie McNulty (Bishop Feehan, MA) in 2014, at 17:48.54.  Even better, her teammates were coming right behind in a pack, putting three into the Top 15.  That helped them get their first major team win of the season, scoring 63 points over Tewksbury's 75. 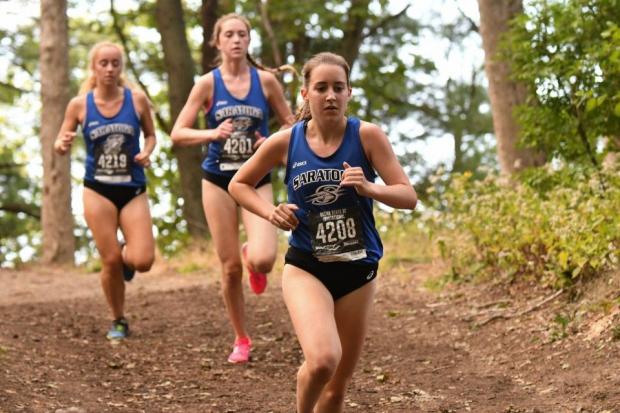 Lee would finish second, still strong at 18:18.44.  New York would also take 5th, as Caroline Timm (Lourdes) came across in 18:46.03.  Chmiel's course record now matches that of Katherine Lee, who also holds a Goddard Park Course Record, however it is on the layout for the Brown University Invite.  Two New Yorkers share a record abroad.

Hear from Chmiel after her record run below.