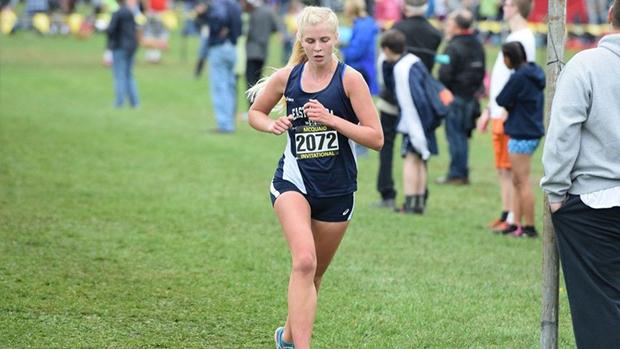 It's only the very early rumblings of the season, with the major competitions coming next week.  But a few notable names shook the cobwebs off from a Summer's worth of training, and got some racing under their legs.

With some question marks for some other teams in the Section, two teams set to line up for a chance at their first States bid in quite awhile come November got their first looks at each other this past weekend.  Niskayuna hosted the 2400m Relay Race, which saw themselves and NXN-Qualifier Shenendehowa coming across the line.  Niskayuna put two relays ahead of Shen, but it means little as each team split their squads up.  We've pulled out the Top 7's below, to give you a better idea.

Shen was without Olivia Lomascolo, projected to be their Number 2 girl.  Even still, Shen had a strong Top 3, with the back four thirty seconds back.  Nisky had a strong Top finish, then some real interchangeability through the next group.  Many of Nisky's top girls are new faces to their Top 5.  Both squads have the makeup for Championship running.

As is usually the case with East Aurora, two McLaughlin siblings were making waves out West.  8th grade Megan McLaughlin won the 4K race, with the highest NY Speed Rating so far.  Right behind was senior sister, Molly McLaughlin.  East Aurora won the meet over Class A talents like Rush-Henrietta, proving why they are the top ranked Class B team coming into the season.  All seven athletes ran a boosted Speed Rating from their Summer Projections, showing they are ramping up for a big season.