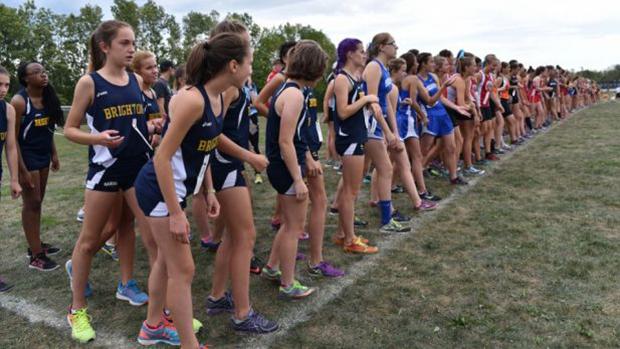 It is still a few weeks out, but our annual XC previews are beginning to take form.  Before we finish up wrapping up the 2016-17 track season with our Top Ten Moments, we are taking a brief glimpse at the four biggest questions heading into 2017 XC.  Plan for much more detailed previews to be coming out towards the end of July, early August.

As last season concluded, there were only three boys who were over the 180 mark for Speed Ratings.  Nathan Lawler (Pittsford-Mendon) is the clear top returnee, having taken second at the NXN-NY Regional among all finishers.  Silas Derfel (Ithaca), who also made NXN last year, is another junior who looks pretty safe to be favorited for a Class State Title.  Only freshman Behailu Bekele-Arcuri (Warwick) is close in the ratings, but could make the jump.

That leaves the rest of the state, with fourteen individuals between 177 and 180, looking to make an impact.  Of those, a third of which are going to be juniors.  Heading into Junior year is typically where male athletes begin to see bigger jumps in performance.  Who will challenge for the lead in their specific class?  It's hard to say, but we look at what some of them did on the track to get an idea.

Mason Gatewood (St. Anthony's) ran equivalent to a 199 Speed Rating on the track, when he clocked 4:11c for the 1600m.  Isaiah Claiborne (Northport) hit a 196 with his 9:11 in the 3200m.  Speed Ratings in the fall seldom match the peak fitness at the end of three seasons' training in the spring, but both are indicative of big seasons for the upcoming Fall.

We will see how it all plays out soon enough.

Boys Teams - Much Stronger Year Ahead

After what could only be described as a down year in terms of depth of talent in the boys teams, comparative to the nation scene anyways, New York is starting to rebound. Sort of.

Corning, last year's State Champs, who were also undefeated until Regionals, brings back 4 of their Top 7 from last year, and will be looking to come back to the top of the Rankings.  However, this year they will be the underdogs, searching for a stable fifth man.

The last team to consider is Saint Anthony's, who come as sort of a wildcard.  The easiest way to win a State/Regional Title on the boys side, is to have a singular solid class.  When you have three or more solid runners training together for four years, by the time they reach senior year, they become a power in XC.  For Saint Anthony's, their junior class is the best in the State, with at least five guys who can turn in solid XC marks.  They are the favorite for a Regional Title in two years.  But in the meantime?  Their top two are now seniors, with the next five being juniors.  If the back end steps up a year early, they could become just as strong in 2017.  If the stars align, another power program is in the mix.

Girls Individuals - Someone New Is Due

For the girls in New York, there is always much less certainty heading into an XC season than there is for boys.  For Boys, you know who your competition is.  You've raced them for years, you know their race strategy.  But for girls, talent can pop up anywhere.  Heading into 2012, nobody knew the name Megan Reilly (Warwick).  The then freshman would go ahead to sweep the next two Class A State Titles.  Same for Katherine Lee (Shoreham-Wading River) in 2014, where she won as a freshman.

New York's last major addition from the younger levels was Katelyn Tuohy (North Rockland) and Mary Hennelly (Suffern). But that was nearly three years ago.  The State is due for a new face to come in and shake up the mix.

Then again, what a season they'll be coming into.  At this point, Kelsey Chmiel (Saratoga) is the undisputed top returner in the State, having placed Top 5 at NXN the past two years, as well as sweeping the Class National Records Indoors and Outdoors for the 3000m/2-Mile her first two years.  Her only major defeat came from Katherine Lee (Shoreham) at Regionals, who is back again too.  Katelyn Tuohy returns as well, as does Brooke Rauber (Tully), followed by any of the Top 5 from Manlius.  Nobody ever said life was easy for runners in New York.

Fayetteville-Manlius brings back 5 of their Top 5 from last year, where they once again took the National Crown.

The fight behind them is only heating up.

Saratoga is an early favorite for the top contender status, but when are they not?  They essentially have to score four runners against the fields five, if Chmiel repeats as State Champ.  They bring back at least eight more girls who are at or around 120TR, not including any younger runners stepping up to Varsity.

A surprise third place squad is North Rockland.  They lost one third of their big 1-2-3 punch that led to a Fed Title, but at the same time, that's all they lost from that Federation team.  There will be a search for a fifth girl as always, but they are starting with a strong Top 4.

And then there is the Suburban shuffle.  As always, the girls teams in the Suburban Council have numerous teams that could win sectionals with ease in any other Section.  The big players this year are Niskayuna, Guilderland, and Shenendehowa, in that order.  On any given day, they could knock Saratoga off the path to States and beyond, as Shenendehowa did at Regionals last year.  They all look to have five girls over 120TR or better, and it will be a battle for seconds at Sectionals.  This is one to watch.

Section 3 isn't without it's own scuffle.  Behind Manlius, Liverpool and West Genesee are very evenly matched.  If both teams progress linearly, the scoring could be very close between them.