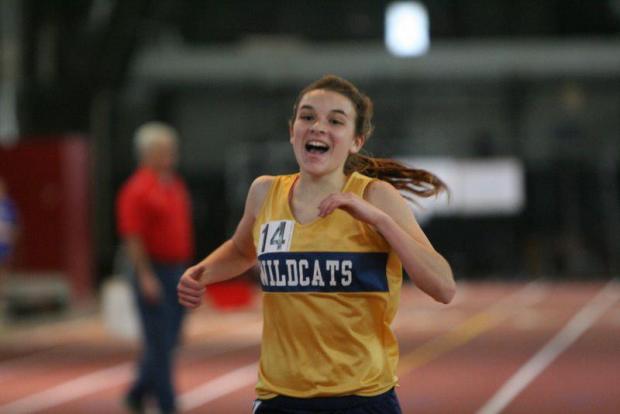 If you coach this sport long enough, you'll probably pick up on its basic guidelines and various survival skills. You will develop, it's hoped, some method to the madness that's scholastic Track and Field. I know I have some rules.

Coaching involves two basic loyalties. There is, of course, a loyalty to the athletes. It's why we're here, after all. Once, years ago in my first teaching position, I was chatting with our surly custodian after school, and he grumbled: "this place would be a lot easier to keep clean if it wasn't for all these sloppy kids." I did not suggest he was missing the point of his employment. One of the deans of coaching, Oscar Jensen, still owns the prize for succinctness. "It's about the athletes," he once reminded us during a coaches' a pre-meet gathering. There is, however, that other loyalty, a loyalty to the sport. That kind of loyalty assumes coaching competence and a high value for not only the fitness and technique requirements of track and field but also for the coach's desire to uphold the traditions of hard work and sacrifice in pursuit of challenging goals. Ignore the aspirations and needs of ALL the athletes and the program exists mostly to feed a coach's ego. Refuse to hold athletes to reasonable standards, to the traditions of the sport, and you get is a come-and-go-as-you-please club.

Garrison Keillor once wrote, "Everybody deserves a second chance-but not for the same mistake." He was referring to adults, who should know better. For teenagers, redundancy is not an option; it's a necessity, especially in matters relating to learning skills and perseverance. Putting up impossible standards or boasting about how few athletes can meet your unrealistic expectations is nothing to be proud of. They need time, patience and opportunities to fail-repeatedly. If you understand your athlete, if you understand your sport, you'll know when enough is enough.

Rule#2: They Get Multiple Second Chances.

A third place finish wasn't going win it for us in a lopsided dual-meet loss, but Mia had come from a long way back in the last lap of the 3000 meter to challenge for that scoring spot. Just mustering the resolve to close a considerable gap had been an accomplishment. Home-stretch speed, however, was not her strong suit, so I crossed my fingers and merely watched as she dialed up a magnificent surge-to-sprint to take the place going away. It wasn't even her personal best, but when I walked over to her on the infield, she beamed at me like a kid with a new toy. "Did you see my kick?"

Coaches typically have an eye for potential in athletes and sometimes spy it first. Katie didn't know her best event was going to be the 800 meter. In fact, for two years she fought tooth and nail to remain a 200/400 sprinter. She fought until she went to states in the 800 her senior year with a school record for encouragement. Then she went to college and wound up in a national championship-at the 800. But that's the happy-ending story. More often, a coach is left to ponder what might have been if so-and-so had demonstrated the desire and the attitude, then made the sacrifices required to realize his or her potential. Squandered potential-that's what can keep us up at night. My what-might-have-been list is long-and it will get longer.

Rule #4: You Are Fated To Sometimes Want It More Than Your Athlete.

Halfway, I pulled Lindsay from her race and within a fairly short time she was in an ambulance with breathing problems, headed for the hospital. The doctors took care of her and after a few days rest, with clearance she returned to practice. "Why don't you jog a few laps, then let me know how you feel," I told her. A few laps later, the breathing was again labored. We immediately summoned the trainer and in short order she was back in the ambulance. This time the doctors figured it out. Vocal cord dysfunction, which could cause scary asthmatic-like reactions-who'd ever heard of that? Then there was Rhonda, who, two-thirds through a meet, came up and said she had to leave early because of a "special family commitment." Never mind we have a rule about staying to meet's end since it is, after all, a track team. Never mind we have a procedure for dealing with things like that ahead of time. After some arguing, I let her leave so I could return to what I was supposed to be doing. It was later I found out the special family commitment was that her older sister had agree to pick up Rhonda work and was, indeed, very 'committed' to not waiting around for the meet to end. I made more entries in my seen-it-all book.

It's a very small minority, but I am seldom surprised when a parent wants to bend the realities of track & field(mastery, performance, attendance, etc.) to the advantage of their child. The occasion for such concerns is almost always about feelings, the athlete's feelings. A parent once related words to this effect: if you can help Tommy feel better about himself, he will then perform better. I did not have the heart to tell the parent that unconditional love is the primary duty of the family. What the sport has to offer is an opposite-and equally important-cause and effect, one where athletes work hard and achieve, thus feeling good about themselves. That linkage of course requires encouragement and support for the athletes, but it also demands objectively honest assessments about ability, effort and commitment. Coaches usually know when honest assessments are in the best long-term interests of the athlete, regardless of overly protective parents and possible dents in someone's 'self-esteem.' Parents are the experts of their child, but coaches are the expert of their athlete.

I have the data. In the past six outdoor seasons, on average 56% of our freshman team members have not returned as sophomores. Bad coaching? A poorly run program? I'll let others be the judge. I do know that an athlete who does not look forward to suiting up every afternoon will ultimately contribute little to the team and may, in fact, diminish the sport for others who want to demonstrate commitment, to achieve. I battle for some hearts and minds, but for most who don't want to fully engage with the sport it's good bye and good luck with school. There are, of course, times to go to the mattresses. A meeting room on a winter night packed with upset parents protesting to administration officials the considered elimination of Indoor Track-that made me leery enough of repercussions I stayed away. But because I knew Coach Jenson was right, beforehand I'd done everything I could to get the word out.

And my last Rule: Remember Why You Are Here. We signed up for this. Nobody forces us to coach (at least if we're tenured). If the time has come when the athletes bother us too much, if parents seem to pressure us constantly with unrealistic requests or expectations, if the A.D. proves either aggravatingly indifferent or insufferably demanding-and all that outweighs those fleeting moments when persistent coaching propels athletes to astonish themselves--well then, we know where the door is. If that time has come, we should use it.