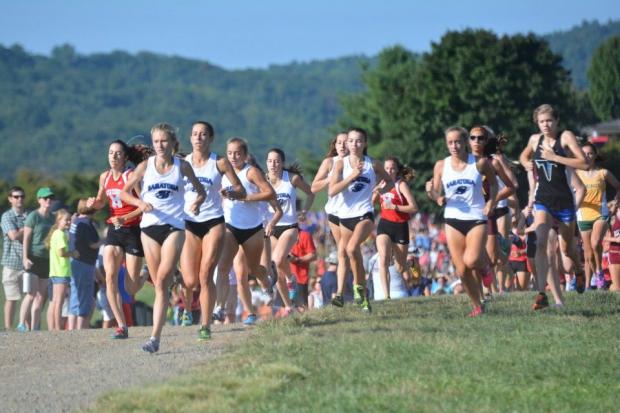 The Plains, VA - The cross country season is officially underway.  Saratoga Springs made the trip down to Virginia on Saturday, to compete in the early season.  Saratoga routinely visited Virginia in years past, though their typical destination had been the Oatlands Invitational, later in the season.  The outing represents their first formal showing as a team in 2016, despite their racing in the local 5k, Silks and Satins earlier in the month.

Watch the race above

As would be expected from the Pre-Season #2 in the Nation, Saratoga dominated the field.  Front runner Kelsey Chmiel did just that, leading the race through the first mile.  On her tail was Heather Holt, the Virginia State Meet runner-up, as well as 11th place finisher at Foot Locker South in 2015.  Holt held steady on Chmiel, but couldn't keep pace in the closing mile.  Chmiel crossed the line well under the course record, the first girl to ever break 18mins on the course.  Chmiel's finishing time of 17:38 would later garner her a 151 Speed Rating, a high starting point for the sophomore.

The story wouldn't only be centered around their low stick.  The back end of Saratoga got the job done as well, putting their top 5 all within the top 10 finishers.  With a 22sec compression, Saratoga followed up their individual win with a placing of 5-6-7-8.  Of the ten runners to break 20mins on the day, Saratoga comprised 50% of them.  The mark becomes even more impressive under the conditions, which included 88% humidity, as well as a course that was in need of a good lawn mower (noted below in the photo).  All-in-all, a good start to the season for the Blue Streaks. 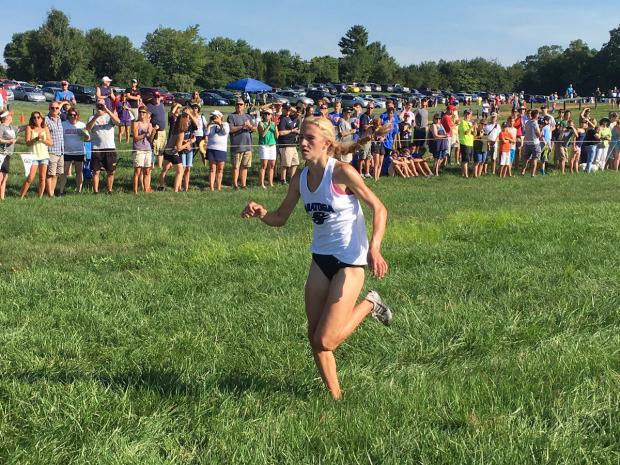 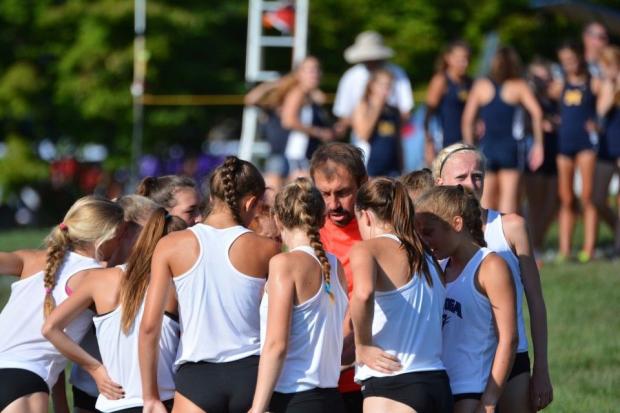