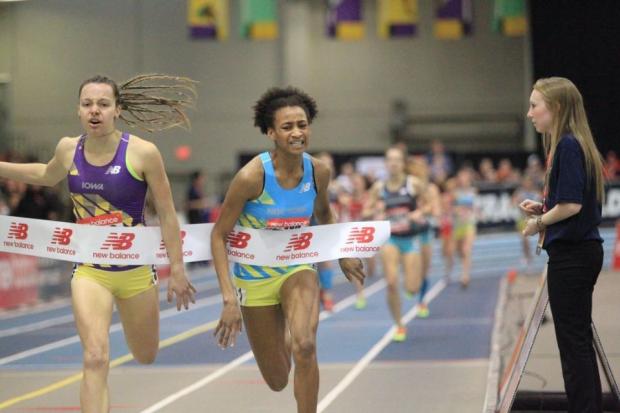 It quickly became a two-girl race for the Junior Girls Title.  Stephanie Jenks, all the way from Iowa, was leading Sammy Watson with 300m.  As is typical for Watson, who has the best 400m speed of any miler in the country, she began to move past the triathlete, Jenks.  Jenks stuck close to the junior from Rush-Henrietta to the final straightaway.  Uncharacteristically, Watson only just eased up at the line, and the senior from Iowa, made the dive for the win.

Lily Flynn, of Ursuline, clocked a 7th place finish.  The mark ranks her the third fastest freshmen miler in the States history, just behind Nicole Blood and Caitlin Lane.  Ironically, Kelsey Chmiel, who is the current Miler at the same school as Lane and Blood, took ninth in the race, for an impressive mark as well. 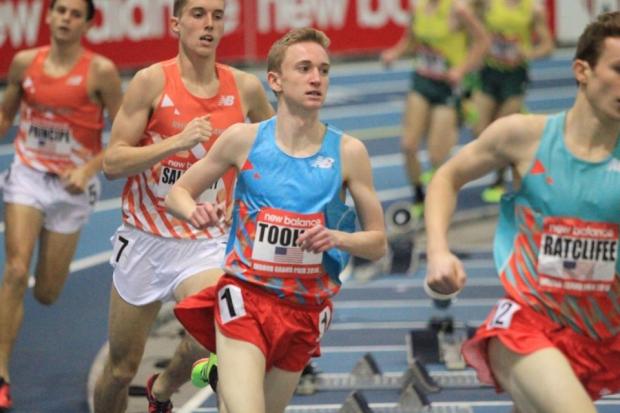 The sole representative of the Empire State, Aidan Tooker took after the leaders three laps in.  Thomas Ratcliffe, a senior from Massachussetts, who had been putting up 2-Mile times similar to Tooker, played leader for a majority of the race.  The two pushed the pace to it's limits, but steadily behind, Jack Salisbury, one third of the contingent from La Salle Academy, was steadily pushing closer to the front.  With two laps to go, he began to try to move past, but the pair matched his surges each time.  It wasn't until the final lap that Salisbury pulled away for the win.

The race served as the preamble to the Millrose Mile next weekend, to which Aidan Tooker is one of the top seeds.  After the race, he mentioned feeling a little rusty, but the race should serve as the perfect segue into Millrose.