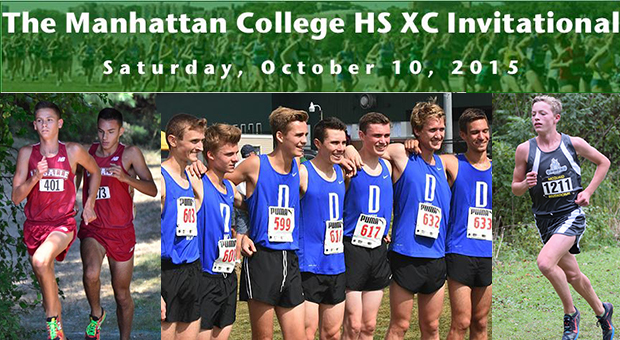 The 8th running of the Boys Eastern States race at the Manhattan Invitational will be storming through Manhattan with likely the fastest lineup ever, and that's saying a lot, like an NYC cabbie.

2014 NXN National and Eastern States champion Fayetteville-Manlius is back to defend its title at Van Cortlandt Park. Christian Brothers Academy of Lincroft swept the ES titles from 2011 to 2013, and they are coming up to make sure that the way-too-large Eastern States trophy is sitting in its bus again on the ride home, or maybe in an attached trailer. Nationally ranked Shenendehowa and Downingtown West teams believe it's their turn to take the title after big recent wins, while perennial ES speed demon La Salle of RI is impatient to release a full blast on the XC running scene this year. NC and nationally ranked power Broughton has been swept northward in the wake of recent storm action to try to take Manhattan. Cherry Hill East, Corning, and St. Anthony's are all in the title quest after big wins this year. And carrying the torch for the smaller schools is a Pittsford Mendon team that dominated its race at the big McQuaid meet last weekend.

What it all means will be determined by around 2:24 on Saturday with Fully Automated Timing (just a heads-up for all of you who are wondering what FAT results mean, and no it has nothing to do with hot dog eating contests at VCP). It will be fast, it will be furious, it will be fun.

And as always, it can't be beat.

♦ 4 US top-25 ranked teams, including the nation's #2 team and maybe a reigning national champ whose speed ratings indicate it might be rated about 20 places higher than where it's assigned. A 5th squad is also in the MileSplit top 35.

♦ 5 guys who are ranked among the top 25 nationally -- Blaise Ferro, Conor Lundy, David Principe, Peter Ryan, Ben Petrella -- plus two more from the top 35 list, Jeremy Brown and Jaxson Hoey. For those who are wondering where the Eastern States favorite Noah Affolder with his 197 speed rating is located in the national rankings, the answer is a little unclear at this point, but maybe next week we'll find out more news.

♦ One team that won a Manhattan Letter race last year

The weather should be perfect, the crowds will be rocking and rolling, and the runners will be fighting tooth an nail and elbow and whatever other body part they can use to claw their way through the last 600 meters at VCP. Can't be beat.