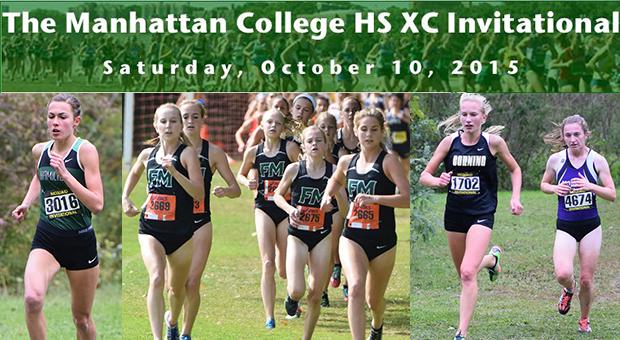 The Eastern States is charging into Van Cortlandt Park in the Bronx again this Saturday, and once more the Manhattan Invitational will be at the center of the known universe.

The race will be one of the fastest ever and will have something for fans of every shape and size. If you like sting operations, you can root for the reigning champ Fayetteville-Manlius Hornets. If your eyes tear up whenever the national anthem is played, you may be cheering on the Patriot Pioneers from Virginia. If you love Bulldawgs or Bulldogs, the Haddonfield and Bedford teams will make it easy for you since they're lined up next to each other. If you like a team whose coach sends burning messages to the runners, then go with the Sachem East Flaming Arrows. Also included in the stellar cast is a Vincentian Royals team that the singer Lorde made famous, many teams that prey before they step to the line -- Jordan-Elbridge Eagles, Pennsbury Falcons, Corning Hawks, and Champlain Valley Redhawks -- and a Notre Dame Gators team that is reputed to be a ferocious denizen of New York City's netherworld.

For those who can't remember who won the Battle of Bull Run, just ask Annapolis's Maria Coffin when you're at Van Cortlandt. She may even tell you how she did it. Beware of the traffic cops who will be trying to give out lots of parking tickets on the streets around VCP that have confusing signs, but the officers may be drawn away down to the parade grounds for the opportunity to hand out loads of speeding tickets to the runners at the top of this year's incredibly fast cast.

As always, Van Cortlandt will be rocking, the t-shirts will be screaming out messages about pain and agony and all the other fun things in life, and good food will be had by all somewhere near the tortoise and the hare. Can't be beat.

♦ 3 of the top 25 ranked runners in the nation -- Rachel McArthur, Jessica Lawson, and Kaitlyn Neal, plus probably a half dozen others who feel they were overlooked

♦ And as usual, the reigning Eastern States and NXN Nationals champ Fayetteville-Manlius