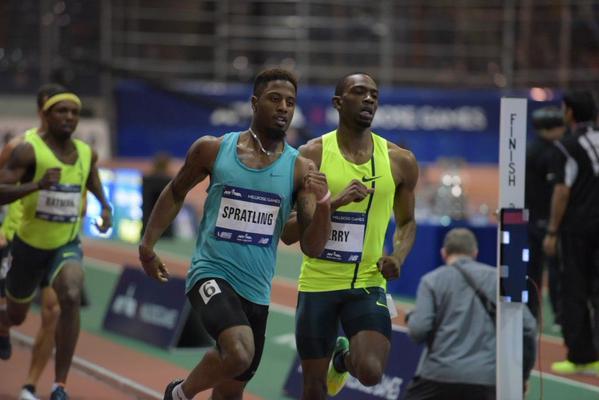 Brycen Spratling (formerly of Webster Schroeder) is most notably known for getting bored his senior year, and going out for the track team that Spring for the first time, where he would go 46.81 over the 400m (which still stands as Top 10 NY-All Time). Some several years later, and Spratling grabbed the World Best 500m ever in 1:00.06. While not an officially recognized IAAF, it is equivalent to the World Record for that event! 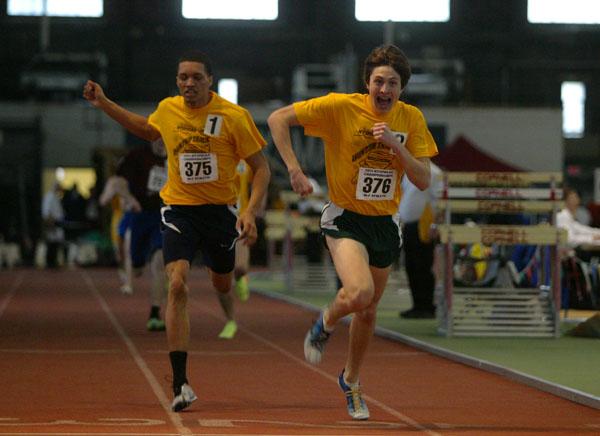 It was also a special weekend for the Marcellus Alumni. Jesse Garn, notably known for stealing the 1000m race at Indoor States his senior year over Zavon Watkins, went out and broke the State Graduate Record in the 800m. The record, formely held by Chris Carrington of North Rockland, now stands at Garn's 1:46.98. **Note, the overall Indoor Graduate Record is held by Lopez Lomong in 1:46.53, but was run on an oversize track. 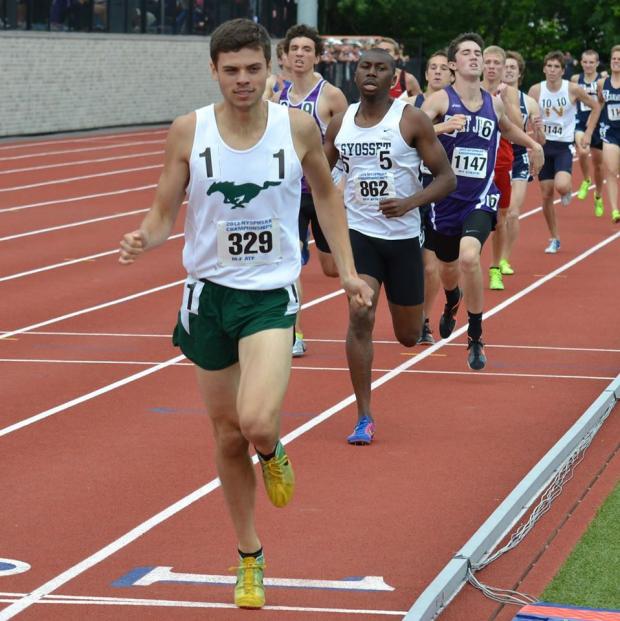 Marcellus also welcomes Ryan Manahan into the Sub-4 crew, after his Georgetown squad put 4 athletes under four minutes at the BU Valentine Classic in Boston. His mark of 3:58.57 puts him among the Record Breaking Weekend, that saw 37 sub-4's run in an single day across the country, It was his first time to do so, and with several years more eligibility, is bound to so again.