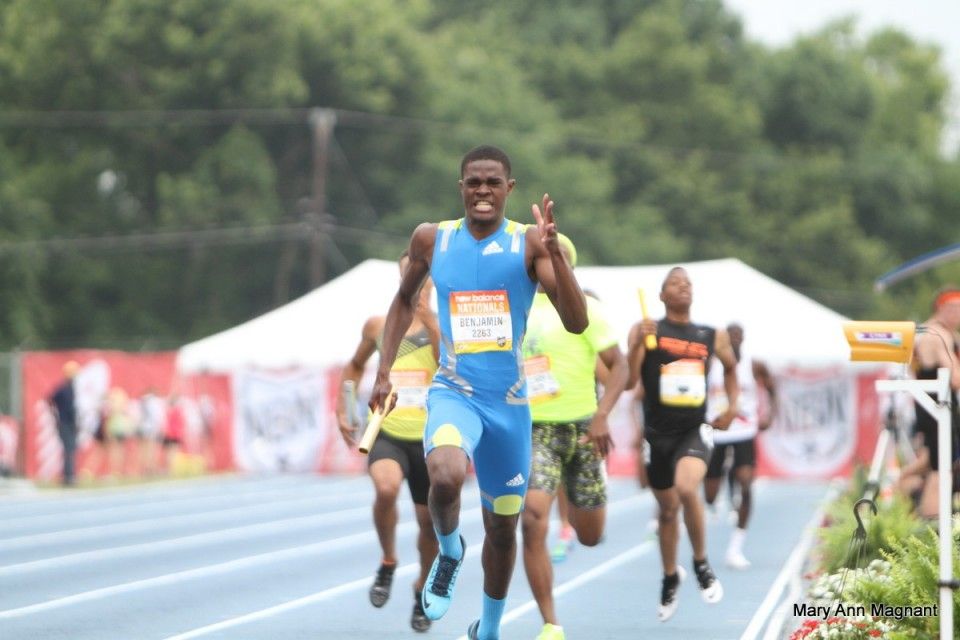 With the spring season finally dwindling down, (only Mary Cain is still competing from the High School ranks of NY), there are still athletes competing.  And competing well at that, as Rai Benjamin, a junior at Mt. Vernon High School, utilizing his dual-citizenship, took to the Antiguan National Champs at the end of June.  It was there when he got a wind-legal mark of 20.88, making his just the third New Yorker to break 21 seconds in state history with a wind-legal mark.  However, in the Empire State, the state record was set by a junior, therefore any class or state records were out the window.  But that means he only needs to repeat the performance next year, to take the senior class record of 21.02, set in 1985.  We'll all be watching the clock come 2015.

Snippet from the Larry Byrne Archives - included with every subscription.