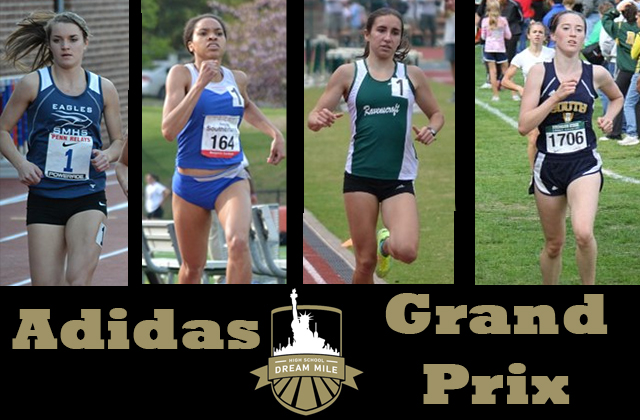 Randall's Island, NY - The date many have been waiting for is finally on the horizon.  Fourteen of the best prep milers, and eight of the best short sprinters have been personally invited to compete in the city that never sleeps.  Both boys and girls have been hailed as some of the fastest in prep history, with numerous candidates holding a national record at one point in their prep prestigious careers.  MileSplit will be on-hand Saturday, May 25th, bringing you all the action live via twitter, and bringing the most comprehensive meet coverage around.  You don't want to miss this one.  And here's why,

Breakdown:  Some last minute shuffling of the lineup here in the Dream Mile, with one of the top seeded athletes. Nikki Hiltz, no longer in the competition.  But there are fourteen girls here waiting to toe the line on Saturday, and under 4:40 is becoming more a reality for some.  The Meier Twins (Hannah and Haley) of Grosse Pointe South look to be the top billed athletes in the race by personal best.  However, Wesley Frazier of Ravenscroft, NC had a magnificent indoor national streak, and has proven she can produce the times when the big races necessitate them.  Frazier could be best remembered for her stellar kick in grabbing the indoor national 5000m record, where she just edged out a recovering Erin Finn.  Finn, who placed 8th last year in this race, will return as well, healthy and fit.  Another one to look out for would be hometown Sabrina Southerland of Benjamin Cardozo.  She looked to be on cruise control at the Loucks Games just a few weeks prior, in which she took the crown in 4:47.23.  With 2:03 speed over the 800m indoors, she has a kick that is deadly.  The race will also become international, with the inclusion of Canada's Jaimie Phelan, who is coming off a big Penn Relays victory.

The deciding factor here will be the pace.  If the ladies decide to run with the rabbit, it could test some very even splits.  However, let the race turn tactical, and it may be Southerland and Frazier's kick that decides the race.  Tune in Saturday to find out.

Breakdown: We've got a stellar field here, as Florida stands as the most represented state, with three athletes.  Kali Davis-White had a great Indoor Nationals, winning the 200m dash championship.  However, it is Mary Beth Sant who comes in with the Nation's fastest time this year, wind-aided or otherwise.  Out of the altitude in Colorado, she could continue undefeated in her senior outdoor campaign.  Aaliyah Brown of Illinois took second in the indoor 60m dash national championship, and could also pull out the victory.  Stayed tuned to find out who takes home the title, of the nations fastest female. 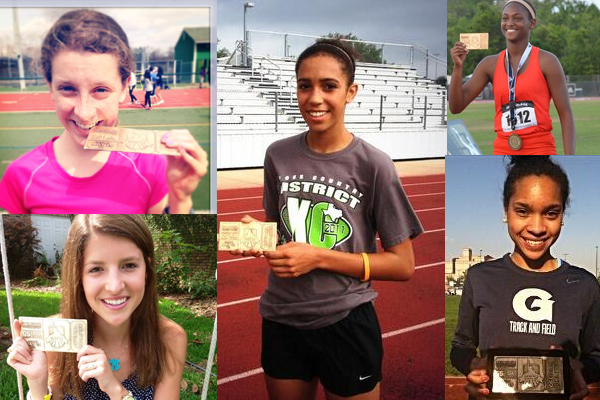